The company has been unbeatable. I was accompanied by my friend Irina, We met during our stay at Sunseed. We wanted to participate in a project and move away from the cold winter of our lands. Colder in her Siberia than in my Lleida 🙂

We landed in Bangkok, where my dear friends of Samut Songkhram were waiting for us. Among them, the group of top trendy hairdressers throughout Southeast Asia. While five years ago we could barely communicate, technology has allowed us to overcome the linguistic barriers, which in the case of Thailand, are very, very difficult to overpass. 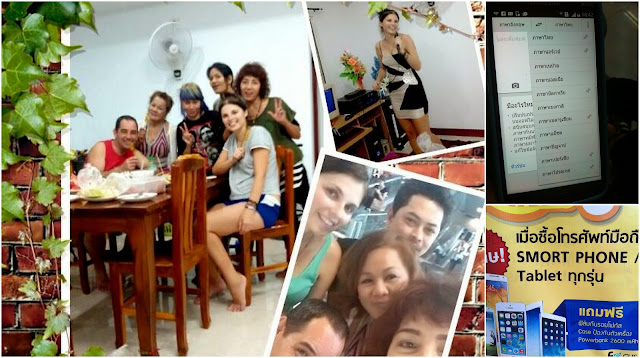 Keep reading to know how we demolish the linguistic barriers…

Here everyone drags a “smort phone”. Bigger is better. Among eyestrain and addiction to social networks, who does not carry anything larger than 6 inches, seems an amateur 🙂

First challenge: install Google Translate on their androids. Not worth changing the system language to English. I would not know how to do it, anywhere. After several attempts, I manage to install it on the phones of my favorite hairdressers.

Second challenge: teaching the procedure to carry on a conversation in that app.

My experience translating Thai has always been a disaster. My timeline of Facebook is filled with contributions from people of Thailand, and Bing gives us the translation of these texts. I show you some (desperate) examples:

(Sorry, translations are to Spanish. Believe me, a complete disaster) 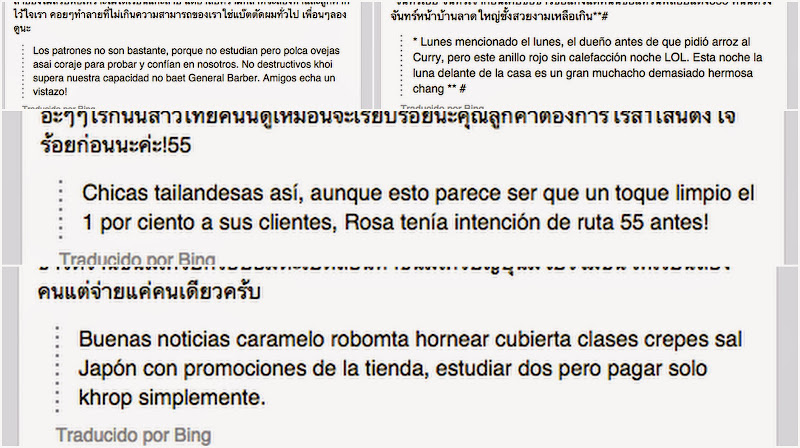 I swear they are not texts with ulterior motives, Vicente, I know you …

The first thing that occurs to me is: why not leave it, Bing?

However, I must confess that I find an excellent job how works the smartphones application  Google Translate in conversation mode. In its simplest mode to use, you select the two languages of the conversation, then press the start button and the system detects what language is being spoken and translates the other.

Once one understands the dynamics and allows time for the phone to process each sentence, can conduct a conversation rather more than acceptable. For example, a button:

(Sorry one more time. The translation is to Spanish time. It says: “Spain gives me a friend”)